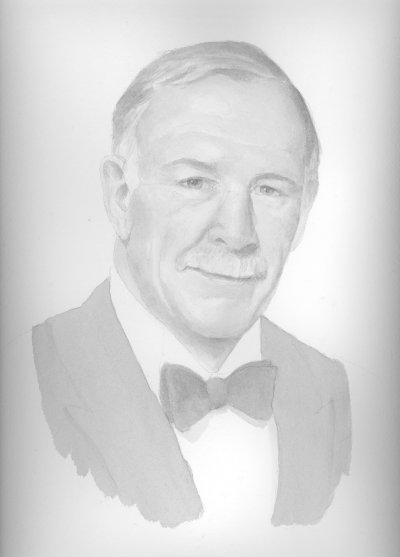 To briefly describe the life and achievements of William (Bill) Filer is not easy. While an Engineer by profession he is also a professional contributor to his work and social community. Bill Filer demonstrates what true energy is all about and those who followed the philosophy are likely to follow in his successful ways.

Born in 1926, his present-day youthfulness belies years of experience. He grew up the son of religious parents, his father an Anglican Minister. He lived in Saint John, New Brunswick, Peterborough, Toronto and Hamilton. In 1951, Bill graduated from the University of Toronto Engineering and began his career as a structural engineer.

His life was not to simply be an Engineer. A life of commitment to volunteerism has resulted in the receipt of many awards including: Fellow – Engineering Institute of

While President of the Canadian Society of Civil Engineers, aware that the organization was about to initiate the Canadian Civil Engineering Historic Site Designation Program and also aware of a Chinese delegation visiting Canada, Bill arranged on very short notice for the inaugural historic designation to be the Hamilton Pumping Station and to have the celebration occur here with the delegation present. So taken was the Chinese delegation, that Bill and wife Pat were invited to visit China the following year. He was privileged to be the sole Canadian delegate to the World Federation of Engineering Organizations in Prague (1989), followed immediately by attending as the sole Canadian delegate at the Commonwealth Engineering Conference in Cyprus.

Filer Consultants Ltd. has existed since 1971 as a full service design company, providing prime consultant services for projects at Proctor and Gamble, RCA, and the Salvation Army Headquarters South Ontario Division. Bill Filer has been a leader since his earliest days, heading up or partnering with other engineering interests to lead Hamilton-based offices for Wagner, McCargar & Filer Ltd. (1956), McCarger Filer & Hachborn Ltd. (1961), SNC Filer Ltd. (1965) and finally with his present firm.

In both professional pursuits, either working or providing volunteer assistance to the profession of engineering, and in his community work, Bill Filer has developed a network of friends, colleagues and supporters. He is respected and admired for his energy and lasting contributions. We welcome William Alfred Hallam Filer into the Construction Hall of Fame for his excellent contribution as an engineer in the field of construction.