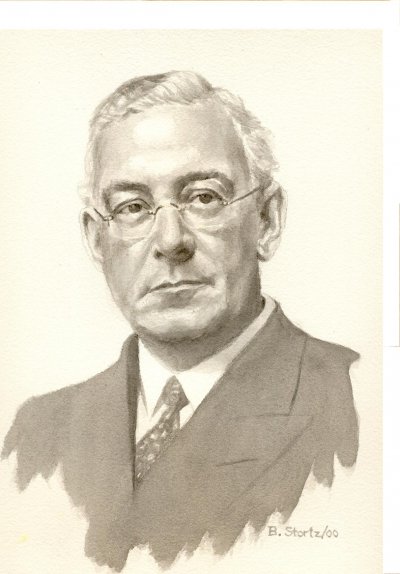 Today, contractors object to the concept of liquidated damages. In 1927, The W.H. Yates Construction company faced a daily liquidated damage penalty of $5,800 when building the seven and one-half acre livestock building of the Canadian National Exhibition. In spite of this or perhaps because of it, Yates Construction completed the project on time and portions of it were finished two months ahead of schedule. Newspaper reports stated that this was only accomplished through the splendid organization and equipment which the company carries .. and the personal supervision given to the contract by Mr. Yates and his staff.@

William H. Yates Jr. was born in 1877 to William Henry Yates and Martha Ann Lovejoy. Unlike his death in 1950, his life until starting a business with his father, is not widely chronicled. The Hamilton Spectator reported that at his passing, William Henry Yates left an estate valued at $650,000 with half bequeathed to many worthy and important causes in Hamilton. Such largesse was a natural gesture by William Yates and yet produced among the benefactors’ surprise and elation. William Yates remembered his humble beginnings, and like many enterprising construction company owners whose success began from apprenticing as a trades person, he related to the needs of the average person.

William Yates served an apprenticeship with George E. Mills, a Hamilton contractor and later became a foreman with Fuller Construction Company of Pittsburgh. In 1900 he formed the firm Yates and Son Contractors with his father. Seven years later, he purchased the company assets and created W. H.Yates, Jr. – Builder and Contractor. In 1922 it became the W. H. Yates Construction Company Limited. This firm name would be synonymous with quality, large and difficult building projects throughout Hamilton, Ontario and Canada. Well-known projects include such landmarks as the Royal Connaught Hotel and the Dominion Building of Canada, better known as the downtown post office. In addition to the CNE buildings, Yates Construction erected the Wagstaff Company plants, Eaton=s College Street Store, Toronto General Hospital – Private Patients Pavilion, General Motors Oshawa Car Plant, the London Life Insurance Company offices in London, Ontario, the St. Andrews College in Aurora, Ontario and many other projects.

William Henry Yates was instrumental in building Hamilton B both its physical structures and the importance and reputation of this great city. He demonstrated across Canada the talent and ingenuity for which the enterprising contractors from Hamilton were famous. More importantly, he accepted building as a challenge to be met. And meet that challenge he did, amassing the skills, equipment and talented employees to become the builder that W. H. Yates Construction Company was. His legacy is in the buildings, the time committed to his community organizations, his business activities and the financial support for which he was appreciated.

Upon the death of William Yates in 1950, the company was sold to the Robertson Construction and Engineering Company Limited of Niagara Falls, Ontario and the name was changed to Robertson-Yates Corporation Limited, or RYCO as it became better known.

In 1971, all the shares of RYCO were bought by Donald E. Munro of Burlington, Ontario. Over the years, the company continued to operate in the institutional field and became more involved with industrial construction, particularly automotive work for industries such as Chrysler Canada Limited, Ford Motor Company of Canada Limited and General Motors of Canada Limited. More recently the company has been transformed first as a joint venture with J.S. Alberici Construction Co. Inc. from St. Louis, Missouri and now is a subsidiary of that firm.

RYCO-Alberici, Ltd. still operates from the original W.H. Yates Construction building on Wellington Street North and the cornerstone A W.H.Y. 1929 still stands as his tribute. In a new form, the William Yates= legacy continues to prosper throughout the construction industry.

William Henry Yates was truly a great builder and a most worthy inductee to the Hamilton Construction Hall of Fame.