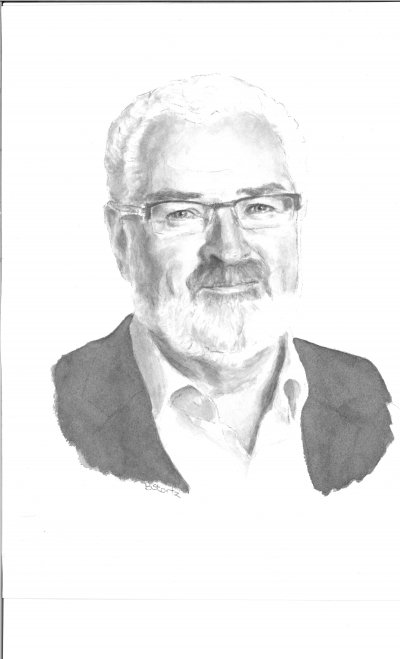 Walter Koppelaar leads one of Hamilton’s jewels in the construction industry: Walters Group Inc. He would say its success reflects the service of key employees, many of them family members, and the architect for growth, Walter Sr. He would be right in that view. Observers would be right in acknowledging that the success of Walters Group reflects also on the skillful leadership of Walter Koppelaar.

The original company, Walters Welding and Iron Works began in 1956 and is now a world-class structural steel fabrication and erector, with partnerships and facilities allowing it to do many of the most challenging, unique and significant projects throughout North America and around the globe.

Walter started as a draftsman with C.C. Parker and, in short order, came back to the family firm as a fitter/welder. He progressed through roles such as Junior Estimator to Vice President of Sales. He became President in 1994. Under his leadership, working closely with family members and his senior management team, Walters Group has experienced significant sustained growth.

Walter is actively involved in several structural steel and business associations. He is past president of the HHCA, Director of the Ontario Erectors Association, past Director of the Canadian Institute of Structural Steel where he chaired the committee to formalize Architecturally Exposed Structural Steel (AESS) standards. He also served as director of Hamilton Health Sciences, chairing the Planning and Building committee. In 2014, Mohawk College of Applied Arts & Technology awarded Walter their Distinguished Fellow, to recognize his outstanding commitment to education, community and the college.

Structural steel can become the hidden base of many great structures, or as is the case with many of Walters Group projects, it is a grand visible component of the architecture. Walter Koppelaar has led the company into many unique projects: The Royal Ontario Museum, Theatre Aquarius, Tim Horton’s Field, Halifax Shipyard, Victor DeBeers Diamond Mine, PanAm Aquatics Centre, New Canadian War Museum, Canadian Museum for Human Rights, Dofasco No. 2 blast furnace, Toronto’s Terminal 1 and CN Tower.

Walters Group is part of Hamilton’s deep history of companies exporting contracting expertise. Under Walter’s leadership, their growth and international work is possible because of their approach to risk management through acquisitions and partnerships. Shortly after becoming president, Walter acquired an allenport, a fabrication plant, and opened A Greenfield campus in Princeton. He also created new partnerships with existing erectors and fabricators which developed into Metropolitan Walters LLC, SPS North America which worked on Carnegie Hall in NYC. The project features Walters’ broad portfolio of public art installations and highly detailed interior design.

In 1997 Walter initiated computerized detailing to the firm, making it a leading 3D technology user. Seemingly predictable, it was a significant risk which has rewarded the company with an ability to be in greater control of the creative design process and in delivering timely customer service. These qualities are an essential ingredient in the company growth and partnership prosperity.

For his innovation and promotion of quality construction services in the industry, we proudly induct Walter Koppelaar into the Construction Hall of Fame.