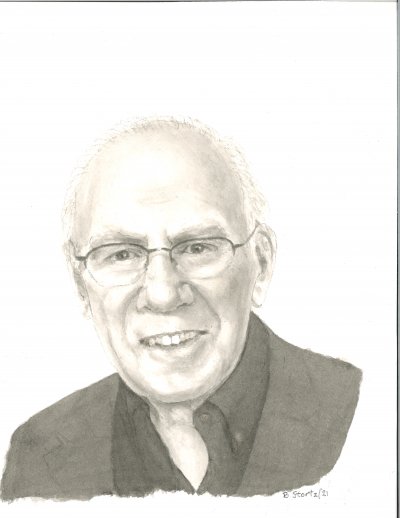 It is extremely easy to feel Ron Marcotte was born to be a contractor. That could be. I suspect Ron was born for many reasons, and the enduring and endearing was his interest in your success.

Where did Ron’s interest in your success come from?  It is not obvious, and what is obvious is Ron had a keen interest in doing better….in service to others, to his profession and industry, to his community, to his family.

He was once, very young and having fun early on, becoming a strapping young man with both a serious and fun with friends’ side (26). And he was ready, willing and able to do the work a young man is meant to do!

A child learns at the feet of their parents, and Ron began his plumbing trade with D. L. Marcotte & Son over a twelve year span starting in 1950.  (28) By his 35th year, he was overseeing all of the projects of Hamilton’s premier plumbing contractor A. R Leslie Ltd. and later Aldershot Industrial Installations Ltd.

Overlapping in this time Ron operated the partnership named Marcotte-Wallingham and shortly after started Marcotte Mechanical in 1972, bidding many projects including:

Ron was bilingual, and we know today that his work on Ste Margaret de Youville School in Hamilton was a particularly special opportunity for him.

Ron was innately curious, about many subjects even in his focus on the mechanical contracting business.

He questioned everything and sought to find answers to those questions, saw emerging consumer and business trends and sought to offer solutions to help make life better for all concerned.  From this he grew a number of businesses of his own:

Ron’s belief in supporting others manifested in a great deal of voluntary pursuits in different areas of his life. These include from a young age into retirement:

Ron was granted leadership status because others could see he was participating to initiate, support and advance positively a particular goal or need…..he was a great listener …again a result of curiosity….and determined to allow the voice of opinion to be heard…his own and others. His voluntary and professional efforts were about allowing people and situations to fulfill their mandate.

And lead he did, wonderfully, dramatically, with determination and selfless contributions in the following:

Ron retired some time ago, I don’t know exactly when. I didn’t realize he had retired – particularly because Sue often mentioned Ron was engaged in the latest hot topic at the HHCA, how generous he was with his time and how when attending MCAHN or HHCA events, Ron was visible, encouraging members to support each other and to have a great time.

He was fun to be around, encouraging others to enjoy the moments.  Steve Coleman of MCA Ontario notes it well when he talks about Ron as MCA Canada Chair, going out to buy bananas and bringing them in to distribute at the annual conference final banquet. Surprise, almost all in the room were, if not Ron himself.  And Steve will tell you one of his best and most memorable roles was playing as “Captain Kirk” for a conference.

Particularly delightful for me was talking with Ron’s children and step children…their memories are bright and clear. They remember a man who knew the importance of separating work from family, of devotion of attention to the family even while holding the stress of business in his mind. He was deservedly much loved by them.

Many have commented though on how Ron never gave up being a contractor, that he and his wife Rosemary took on a complete installation in open space in their condominium building.  It is a magnificent image of how Ron made sure all details were attended to and is a living legacy of his determination to create something special from all that he did.

It is for these reasons that we welcome Ronald Norman Marcotte into the Construction Hall of Fame.