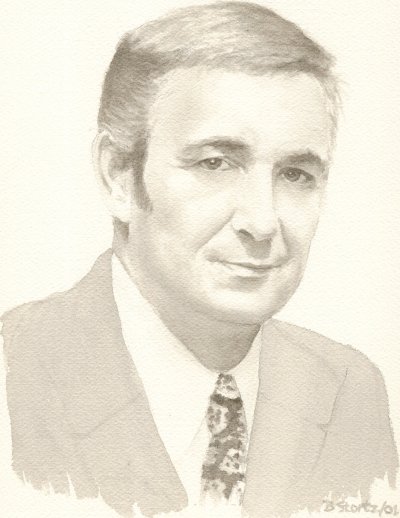 It is the latter project which epitomizes Ron Martin’s community commitment. Martin-Stewart was elected as construction manager and assumed the daunting task of obtaining low-cost suppliers and subcontractors in the form of charitable donations. Ron Martin made the task of assembling the pieces seem easy. He was Co-Chairman of the construction industry United Way Campaign, involved with Knights of Columbus, Hamilton & District Chamber of Commerce and his company annual supported the Hamilton CYO dinner.

In 1973, Ron Martin served as President of the Hamilton Construction Association. He twice served as Chairman/President of the General Contractors Association of Hamilton in 1968-1969 and again 1978 to 1980. From 1979 to 1992, he served as Hamilton General Contractors representative to the Ontario General Contractors Association Labour Relations Bureau and was its 1988-1989 Chairman. In the Later capacity, he guided the collective agreement negotiations for carpenters, labourers, bricklayers, operating engineers and masons on behalf of all Ontario general contractors. In 1986, the areas of Hamilton, Oshawa, Ottawa and Toronto (referred to as AHOOT) were designated areas. He also served as Chairman of the HCA Labour Relations Council during the difficult period when the National Maintenance Agreement arrived in Hamilton. His leadership in human resource matters is a constant sign of commitment to the industry.

Under Ron Martin’s Leadership as HCA President, the Regional Labour- Management Health and Safety Committee was endorsed and HCA offered to act as its secretary. This important step of increased industry recognition of the importance of health, safety and accident prevention coincided with an ensuing steady decline in the number of construction-related incidents. He also initiated changing the HCA Annual Meeting format such that the business meeting was moved from the evening to the afternoon, leaving more time for sharing ideas and presentations at dinner. Ron Martin continued support for an Ontario Construction Association (OFCA and CLARO) and was appointed the 1974 HCA representative to it to deal with the proposed Canadian Construction Association integrated association model in use today.

Perhaps more reserved in presentation than flamboyant, the impact of Ron Martin’s contributions remain in evidence today. They are as vibrant as Ronald McDonald House is unique. For his steady and sensible contributions to the industry, his community, and the respect the industry has for his efforts, Ron Martin is an excellent choice for induction to the Construction Hall of Fame.