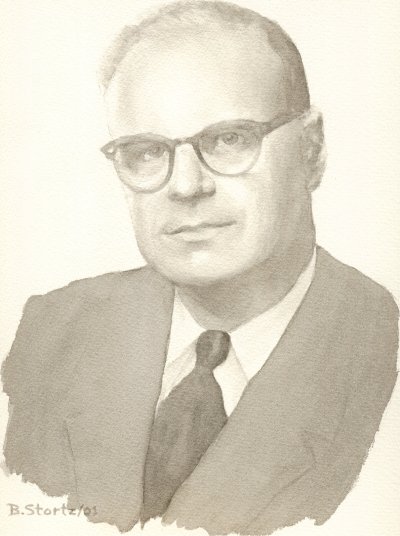 General contractors are known as builders, Ralph Cooper quickly became renowned for the development of W.H. Cooper Construction from the solid foundation created by his father William Henry Cooper to a large enterprise constructing buildings of note. In so doing, he created opportunities to contribute to the industry and his community.

Founded in 1905, the Cooper Construction Company welcomed Ralph W. Cooper as a team member in the late 1920’s. The son of W.H. Cooper apprenticed towards assuming the company reigns in the mid 1940’s. It was not until 1975 that he turned the company to his son, W. (Bill) Cooper for its new directions and growth.

During the 50’s, 60’s and 70’s, Cooper Construction equipment, employees and activities were seen throughout Hamilton. Projects included installations at Proctor Gamble and Slater Steels, hospitals, schools, universities and there were dozens of projects at McMaster University.

Respected for his practical business acumen, he served on the boards of the Canadian imperial Bank of Commerce, the Mutual Life Assurance Company, Domtar, Slater Steel and American Express. He also served on the Board of the YMCA, a Director of Boy Scouts and member of the Board of Governors of Hillfield Strathallan School.

Ralph Cooper=s activities involved more than construction and affected people from across Canada. In the early 50’s he partnered with well-known persons such as Jake Gauduar, Frank Gibson, and Ross Fischer to acquire the Hamilton Tiger Cat football club. Not content with the system of professional football, he involved himself in leadership role and became an architect of the present Canadian Football League. At that time, the advent of the National and American Football conferences threatened the Canadian game. Ralph Cooper recognized the importance of maintaining the sport for Canada and contributed to merging our own western and eastern leagues into an interlocking schedule which we now take for granted. He was Chairman of the Canadian Football Council in 1956 and President of the CFL in 1958. He is a member of the Canadian Football Hall of Fame and his likeness is housed in the building built by Cooper Construction for cost.

Ralph Cooper began a volunteer career in health care in the 1930’s as a director for the home for the blind. He served as Trustee of the Hamilton General Hospital and as a Trustee of the Ontario Cancer Development Committee for ten years. He was chairman of the McMaster University Medical Centre Board from inception in 1967 through the first clinical programs offered by it. He was considered an instrumental player in the amalgamation of McMaster University Medical Centre and Chedoke Hospital, a landmark event in Ontario at that time and perhaps the foundation for the mergers we have experienced in the last year into the Hamilton Health Sciences Corporation.

For strength of character, a legacy of building upon our landscape, improvements to sporting life, development of first-class local health care, contribution to education and philanthropy in Hamilton, we induct into the Construction Hall of Fame, Ralph William Cooper.