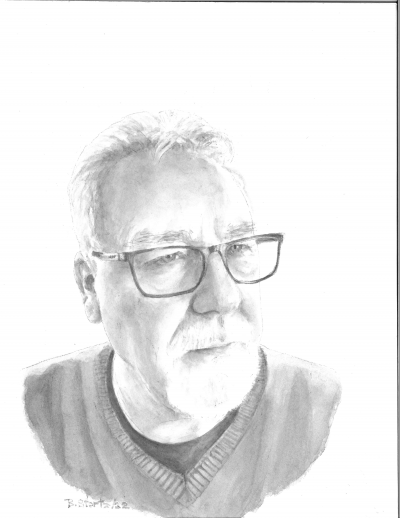 It is said by theologian William Barclay there are two great days in our lives, the day we are born and the day we learn why! John Dawson has experienced both, the first in 1951. The latter sometime in the 1970’s.

John Dawson was born in Flixton, Manchester, United Kingdom. After 6 years of grammar school, John obtained a General Certificate of Secondary Education and headed to the work force in 1968. He was indentured for three years (by his father’s authorization being a young person of 17), to Redpath, Brown and Co. Ltd. as a structural steel designer. He soon realized that field experience would substantively enhance his work and requested as much from his employer. When they refused, John accepted a position with Wimpey in the construction of public ‘no fine’ housing. It was an art to construct the concrete walls that divided homes.

In field work, the implementation of written ideas and the problem solving required to make it happen, John found his calling.

He moved to Connolly and Mannion Limited in 1975 and worked with the company until 1986 as a project manager and field engineer completing sewer, pipe jacking, open cut sewers, sewer, and road works.

John was then invited to work with P & A Rodgers, a road and sewer engineering company. Arriving for his first day, he was met by a car and driver taking him, directly from the office to the home of owner Paul Rodgers. Over breakfast, they discussed the work John would do, and then drove to a roundabout where landscape work was behind schedule and metaphorically, not going anywhere. Mr. Rodgers wanted about 14 such projects rectified before liquidated damages set in and John was in charge.

In an unexpected turn of events the main client of Rodgers, Balfour and Beatty, pursued and hired John, confident that he was best suited to complete their projects as a subcontractor.

In 1988, John and family decided to pursue opportunities in Canada. After interviewing with several general contractors. V.K. Mason was the winning choice. In six years, John undertook architectural technology and site financial management roles, concluding as a project manager for major works such as Commerce Court among $73m of managed project value.

In 1998 John launched his own company, GEN-PRO. The Dawsons make decisions as a family and everyone, especially John’s wife Chrissy were in full support. Being responsible for operations, human resources, finances, business plans, safety and project construction was a heavy load and Chrissy’s office management was critical to the company’s success. When John’s younger son Shaun joined the business, it truly became a family affair.

As a business owner, health and safety was a priority for John and it drove his association work in the beginning. GEN-RPO joined the HHCA’s Safety Group program in 2002 and used it to develop a robust H&S system to the benefit of both employees and clients.

In 2008 John became involved with the Ontario General Contractors Association, looking to see improvements made to the payment system. Once involved John took on increasingly more senior volunteer positions, advocating for prompt payment legislation, assisting in the recruitment of OGCA’s CEO promoting health and safety training for site supervisors and promoting the League of Champions.

As the President of GEN-PRO, John Dawson has used his over 50 years of construction experience to grow a one-person operation into a well-established General Contracting firm with a robust office of twelve, field staff of sixteen, and the capacity to deliver projects up to $20m.

With John’s retirement in 2021, GEN-PRO is now a successful, second generation construction company.

John Dawson contributed well to the advancement of the construction industry, building his business on the foundation of honesty, fairness and safety and giving of his time to advocate for improvements to the industry that he loves. It is for these qualities and more that John Dawson is a worthy addition to the Construction Hall of Fame.