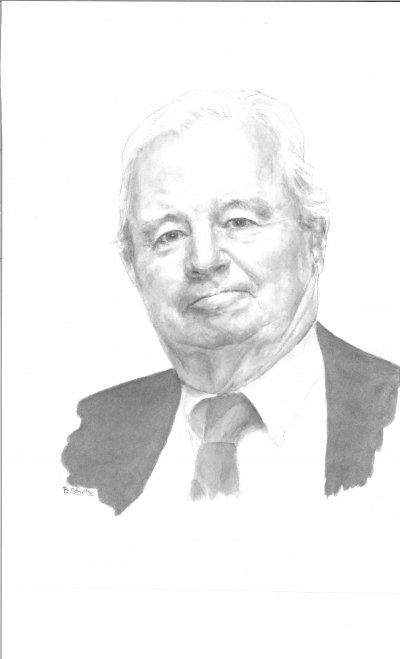 Born in 1934 to Scottish expatriate parents Jim and Peg Barclay. He graduated an Architectural Technologist and found employment with Stelco Hilton Works Engineering Department. It was a sound start for a young man. Yet, after much pleading from his father, Jim Sr., he soon joined Barclay Construction Hamilton Limited, the firm having started in 1953.

During the formative years for the company, Its approach to quality, safety and performance garnered steady contract work industrial giants in Hamilton: Stelco, Dofasco, Baycoat, Nelson Steel, Samuel Steel, Westinghouse and Otis Elevator. These companies, and the wise and thoughtful approach of Jim Sr. And Jim Jr., combined to establish the firm.

With industrial firms as a main source of work, Barclay also worked for many clients such as Hamilton Savings and Loan, McMaster University, Bank of Montreal, Royal Bank and other prominent Ontario based businesses.

Jim was a keen observer of excellence in construction. He admired and emulated the business practices of many successful general contractors. He readily acknowledges the influence of firms like Canadian Engineering, Frid, Pigott and their leaders Ken Paulin, Hebert Frid and Joe Pigott.

While Jim Sr., carpenter by trade, focused on outside operations, Jim Barclay Jr. was responsible for the sales, estimating and business management.

Consistent with trust, Jim founded many of the business relationships on A handshake. Short cuts were not acceptable, and he lived by the carpenter motto of measure twice and cut once!

Great clientele were essential. They were and nurtured on the quality of workmanship, meeting deadlines and budgets, and adding value to the customer experience.

The industry benefited from Jim Barclay’s leadership volunteering with industry associations and valuing the work of CCA, HCA, and fondly the joint efforts with Fred Reaume, Hubie Clohecy, and Ted Wyatt. Together they stood for the very best interests of all parties to the construction contracts.

Jim served as the 1978 HCA President. During his year the local industry was beset by limiting government practices and Jim was leading a challenge of the industry to achieve fair bidding practices. The City of Hamilton was imposing unfair and unreasonable tendering requirements, and as HCA President Jim took the industry message forward of concern that no bids would be given if the rules remained unfair for the Library Market Complex project. Indeed, no bids were received to the initial bid call, and ultimately the HCA was able to persuade the city to a more even handed approach.

An avid Golfer – and A competitive one at that – Jim has developed a lifetime of good friendships through his conduct on and off of the course. The friendships of business and social life contributed to his interest in serving in support of other causes such as Canadian Cancer Society, the United Way, Hamilton General Hospital and McMaster University.

From Jim’s commitment, Barclay transitioned into a 3rd Generation Family Company. His legacy of significant contributions to the people and industry he loves is the foundation of our induction of James W. Barclay into the Construction Hall of Fame.