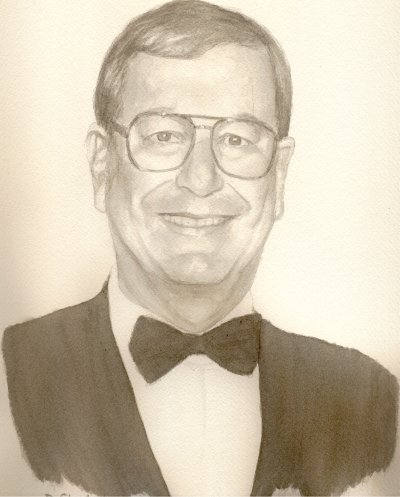 Herb Schreiber believes community involvement enhances experience and knowledge and that benefits his staff as well as the success of his business. And in the circle of life, that success provides the resources for Herb to give back to the community. His contributions are an example that his colleagues and all of us can follow.

The Schreiber roots began with the immigration of his great-grandfather, Ezeikal Schreiber to open a bar in New York city. It was located securely beside a fire hall. Unfortunately, security turned to disaster when a fire wagon separated from the horses and rolled into and demolished the bar. Uninsured, the business could not be revived and Ezeikal started Standard Waterproofing. His son, Herb’s grandfather, and Mooney Schreiber left New York setting up the Schreiber Corporation in Detroit, along with Herb=s father and his four brothers.

Schreiber Corporation began a Hamilton branch, Schreiber Brothers Roofing, with Herb at the helm in 1953. By 1961 he assumed ownership control, building the business to become a top ten Volume Roofer as reported by Engineer News Record. His firms large international clients want the Schreiber team Aon top of the job. Always at the leading edge of performance and service, the business now has an ISO 9002 Registration.

A believer in youth training, Herb Schrieber made a significant contribution in leading HCA’s creation of the Construction Trades Orientation Program. This innovative program has since been replicated elsewhere in North America. Herb is also a founding director of the Canadian Roofing Contractors Association.

Herb has been on the boards and committees of the Art Gallery of Hamilton, Burlington Mozart Chamber Orchestra, Hamilton Philharmonic Orchestra, Hamilton Junior Chamber of Commerce and Hamilton Creative Arts. He has supported the arts through donating the Marry Rose Exhibit for the Art Gallery and the Tomb of the Kidron Valley exhibit and lectures at McMaster. He commissioned Sigfired Tepper to produce a piano quartet for his 25th Wedding Anniversary. He co-founded the Friends of the Temple Anshe Shalom, instrumental in finding and financing the new home of the Jewish Community Centre. He was honoured, along with wife Cece, at the 1991 Jewish National Fund for excellence in Communal Leadership annual Negev Dinner.

Along with Cece, he has created the Herb and Cece Schreiber Foundation in the U.S. and the Schreiber Family Foundation in Canada, supporting over fifty charities. He served 15 years as a Director of the National Bank of Detroit, now known as Bank One.