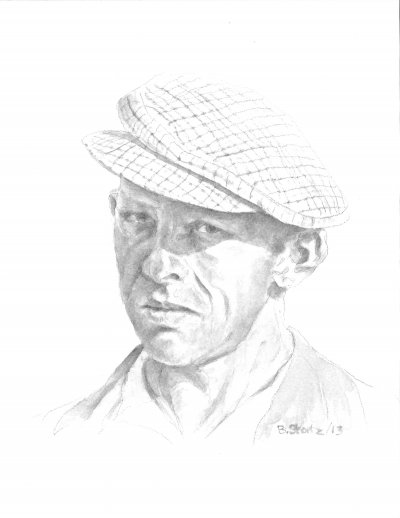 It might be surprising that after only a few years in Canada, a non-English speaking, Dutch immigrant, found the confidence to start his own construction company. Harm Schilthuis did just that. Arriving here in 1952, accompanied by his wife and six children, Harm soon had his brother Bert here too and within one more year his brother Henry. He opened Harm Schilthuis and Sons, and along with brother Henry began the building of a successful family contracting business.

Henry Schilthuis provided oversight of the subcontracting services while Harm provided the general oversight. Bert served in the carpentry shop. With considerable achievement, Harm guided the firm to success until retirement in 1990. With it, he maintained a family approach throughout. Henry eventually moved into home building as his primary pursuit and Harm brought son Henk into active management of the business. Indeed Harm had Henk doing work from his earliest days, and teaching the family what made a successful contractor – hard work and honest and reliable service.

Throughout, he served many sectors of the community, and held a special relationship with the Catholic School Board and dioceses. It was not religion that brought him the respect of construction buyers, rather his steadfast determination to produce what was promised, for a fair and agreed price, and on time. The story is told of how Harm Schilthuis and Sons was finishing the last portions of the work and clean up of St. Francis Xavier parish in Stoney Creek, moving his men out the back door while parishoners were coming in the front door for Sunday mass! His firm was always on the bidders list for Catholic churches and schools.

Some of the prominent projects performed during Harm’s time include:

Increasing regulatory restrictions by the Dutch government spurred Harm into action and immigration to Canada with his family, the clothes they wore and $800. The determination to provide a better environment was very evident then, and later to when Harm was motivated to assist with the creation of the CTUC labour union as a result of traditional union influences restricting his firm’s bid opportunities because the Christian Labour Association of Canada (CLAC) union was said to be restricting participation based on Christian requirements. The school board was convinced to award the original Ancaster High School to a proper “union” contractor despite Harm Schilthuis qualified low bid. That set Harm into action as a primary leader in the creation of the new union.

Harm believed that fair treatment of his employees was the essential characteristic in the labour relations between employer and employee.

If refining the union mandate would maintain that vision, it would also provide a basis for inclusion in bidders lists, it was a win-win proposition. He joined with local contractors Demik, Wark and others to do just that and CLAC was also eventually reborn into this philosophy.

Of course, Harm Schilthuis was as pleased as ever to the get the second Ancaster High School project along with the pool and aquatic centre works.

Harm offered help to many contractors and brought workers from Holland over to Canada so they could enjoy the life offered here. A prominent local family contractor remained grateful to Harm for support as they grew their business. Such was the strength of his contribution, that the founders’ children regularly thanked Harm for his support of their parents.

Harm was loyal to his family, his faith and his clients. He supported the community, including sponsoring the Dundas Junior C Hockey Club. His word was honourable, his service consistently sound. Harm’s legacy of projects and a successful firm to this day are sound reasons to welcome Harm Schilthuis into the Construction Hall of Fame.