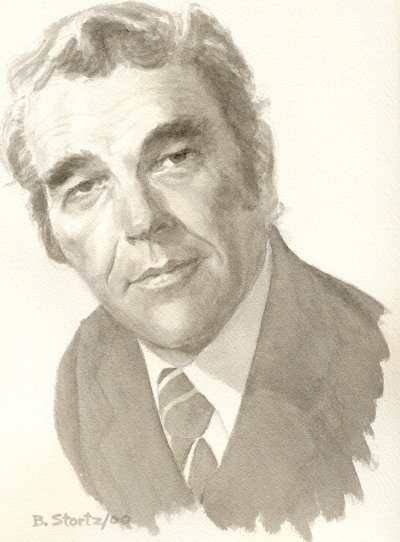 Don Munro was at the helm of RYCO, and RYCO-Alberici from 1971 to his recent retirement.    He is a man whose physical stature matches the respect of industry colleagues.  Don Munro’s contribution is to have built some of the finest facilities for very sophisticated clients.

Under his leadership RYCO has built five-star hotels in Bermuda (the Princess and Castle Harbour Hotel), completed major university buildings (University of Toronto John Robarts Library and addition to the McMaster University library), providing project management or constructor services to Ford and Dalmler-Chrysler.   His firm has built some very unique projects, most notably the Butterfly Conservatory in Niagara.

Don graduated from Queen=s University with a Bachelor of Applied Science in 1952 and has continued as a member of the Professional Engineers of Ontario to this day.   He first worked with the Foundation Company of Canada Limited.    From 1953 to 1971 he worked with Robertson-Yates Corporation Limited as Field Estimator, Chief Estimator, Field Superintendent and then as Vice President. After purchasing all company shares in 1971, he became President & General Manager.

He focused his business and volunteer attention upon construction industry activities. Don first assembled a management team with the talent and strength to build large and small, complex and straightforward facilities. He attended to the clients’ needs with dedication. It was natural that the respect of his colleagues would result in their asking for him to take on a leadership role in association work.

Competitors first sought Don Munro’s counsel and soon encouraged him to lead the associations.   He served as President of the Ontario General Contractors Association (1976-1977) and the Hamilton Construction Association (1981).   He was the was inaugural Chairman of the Labour Relations Bureau of the OGCA (1977-1978) during transition to province wide bargaining from local agreements.  This period is a critical one for our industry.  He is a former Director of the Canadian Construction Association and Chairman of the Council of Ontario Contractors Association among other association roles

Don Munro’s legacy is an unfailing ability to serve the client.  Regardless of the project size (even if $200,000,000), its complexity or the clients’ particular needs, the philosophy of Don Munro is to get the project completed beyond the clients= expectations, on budget and on time. He provided an example for our industry to emulate.