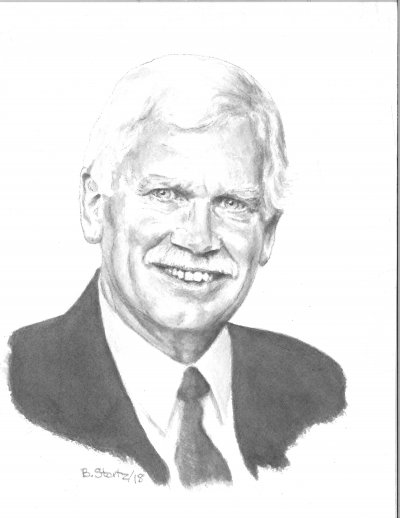 Dave Crawford, the youngest of four brothers, was raised in Hamilton’s north end. A gritty area of dense industrial workplaces, where fathers worked, mothers toiled and children were reared to be independently strong and caring of one another.

Throughout a career in the mechanical contracting profession, serving primarily large industrial clients, Dave Crawford demonstrated the values associated with his youth: being of service to others, giving back to the community, and providing value to clients. He made a living along the way, and created a legacy of volunteerism to be admired.

After graduating high school with training in mechanical drafting and serving as an RCAF Flight Control, he entered the workforce with H. H. Angus and Associates (1958-1961) where he worked as an engineering draftsman and designer. While working at Angus, Dave enrolled in night courses leading to an Engineering Technician diploma.

Historically, the City of Hamilton has produced many talented people who have gone on to make important contributions to construction at the national and international level. Dave Crawford’s career well represents the breadth of places and projects where Hamiltonians, and the skills they gained through their local ICI experience, were central to the work.

As a volunteer, Dave was a committed participant on behalf of the local, provincial and national construction industry. He served on the Mechanical Trades Bargaining Committee of Ontario for 25 years. The importance of consistently contributing to the development of positive union/management relationships cannot be overstated, and Dave’s experience in the industry and sensible manner were exceptional qualities in providing the best industrial relations.

And Dave served as the Hamilton-Halton Construction Association President for 2002 and 2003.

A long-time member of the construction industry, Dave has many stories. A most memorable one is about Dave’s experience in mentoring and promoting connection between the industry and post-secondary institutions. Through his observation of how American mechanical contractor organizations connected with local colleges, Dave was a key advocate for the Mechanical Contractors Association of Hamilton developing a stronger relationship with the engineering programs at McMaster University. Since 1995, MCA Hamilton has provided approximately $445,000 of scholarship funding in the mechanical field, and in 2015, the McMaster Student Chapter won the prestigious Annual Student Chapter Competition at the MCAA National Convention, a Canadian first.

Retired from a professional life, Dave enjoys the opportunity of time with eight grandchildren, his wife and children. He travels extensively and continues a love of the arts (painting) and fly fishing. Dave has served as an Elder and on the Board of Management at Brant Hills Presbyterian Church and on the membership committee at Burlington Golf and Country Club.