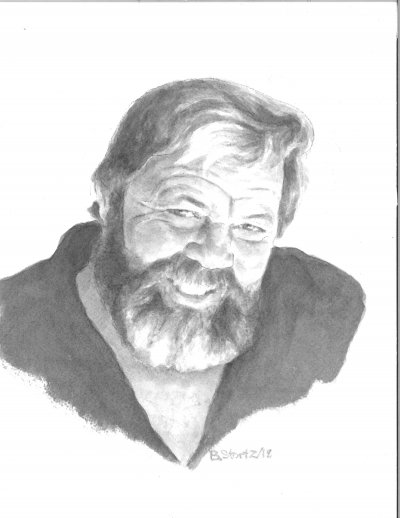 Charlie Bennett remained a member of the United Association of Plumbers and Pipefitters until his death in 2013. Loyalty was a trademark. So too was trust.

Raised on a dairy farm near Brantford Ontario, Charlie wasn’t interested in being a farmer. Instead, he became a plumber. He started his career with The Adam Clark Company Ltd, a plumbing and gas fitting company in Hamilton. Charlie’s passion and drive to succeed led him to open Bear Construction in the mid 1970’s; the company name taken from his own nickname, Bear.

While his wife carried the office, Charlie was in the field working; building his business through projects in Northern Ontario communities including Kenora, Sault Ste. Marie and Sudbury. Looking to further grow the business, Bear Construction transitioned to the Bennett Group of companies in 1981. Operations moved into Halton and Peel regions and the company focused on water and waste-water treatment plant projects.

Charlie’s biggest asset as a contractor was his intuitive creativity; he saw things differently than other people, and as a result, could develop unique solutions to problems. For this quality, he was often sought out to consult on the toughest challenges. Charlie called this type of help his ‘free value engineering’, the type of solution-based advice routinely billed for today. His solutions allowed the company to bid and succeed on projects others could not afford to try, and to develop solutions others simply could not find.

Charlie was the man you called when the Ottawa Green Creek Sewage Treatment plant pumps were regularly out of alignment or rush changes required at the John Street (Toronto) pumping station to accommodate the new Skydome.

Charlie had a builder’s mind and a designer’s imagination. He designed and built boats; his favourite the 66 foot ‘Bearcat 2’ which he built and sailed with friends through the St. Lawrence Seaway and down the coast to Florida.

He built a beautiful property on Manitoulin Island, where he farmed and lived in the summer while preferring to winter in Florida. He purchased about 2200 acres, modernizing it into a quality cattle farm. Raised on a farm, Charlie was the first to admit he’d come full circle. “When I left I swore I’d never go back there again….Look at me now!”

Among many design innovations, the sluice and slide gates Charlie designed in partnership with Jeff Wood, are used in water and wastewater facilities throughout North America.

Charlie respected honesty above everything else. So much so that it is listed as the Bennett Group’s primary organizational value, followed by accountability, integrity, loyalty and reputation. Charlie firmly believed that if you’re true to your word and work hard, success will naturally follow. Charlie was larger than life and though he lived outrageously at times, his life reflected those deeply held values.

Charlie lived life fully and had no regrets. “When I die, don’t ever cry for me. I’ve lived more life and had more fun than anyone.”