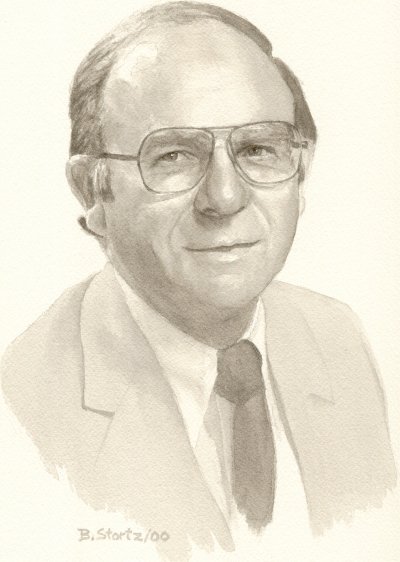 Good corporate citizenship is more than being a success in business. The ideal of giving more than you receive is as important as any model of business acumen. A. Hugh Clark is an example of a business person who has given more than his fair share to the community where he lives and works.

At birth, Hugh Clark was initiated into an active construction company, already three generations strong. Over 120 years ago, the business which was known as Adam Clark Plumbing and Gas Fitter was started by Hugh Clark=s Great-Grandfather, a Scottish immigrant. Hugh Clark would benefit from the prosperity of the generations preceding him and their determination to succeed were the example to follow. His generosity of spirit, leadership and commitment to improving the community in which he lived are all trademarks of the family into which he was born.

Not leaving the pursuit knowledge to chance, Hugh Clark apprenticed in the piping trade with his family business. Turning to more academic education he graduated from McMaster University with a Bachelor degree in Economics and Business – the year was 1954. With the tools of practical and theoretical knowledge and the family heritage which he was exposed to from infancy, Hugh Clark began a managerial career spanning the years since. His management apprenticeship would take him to operating the family business. He was then in the position where he began to mold the construction company, a firm which was focused on plumbing into one with a worldwide reputation for process piping. Hugh Clark transformed Adam Clark by assembling skilled managers and then guiding their development into a unified team.

In 1973, the family sold the firm to other interests, and in Hugh Clark remained until 1975 when he took a sabbatical from corporate pursuits to create and administer the Waterloo University Construction Council program, training candidates for construction management. The lure of business was significant and when the owners of Adam Clark asked him to rejoin the team, he did so in 1978 and with renewed vigor set to increase the international development of the company. That the owners would seek out the previous owner to continue guiding the firm is testimony to his skill and respect.

About 1981, Hugh Clark set into place a framework which allowed for the purchase of Adam Clark Company Ltd. by the family and the company employees; it was a tangible recognition that those who contributed to the success should share in it as well.

Hugh Clark understood the role education plays in personal growth and sought or accepted opportunities to increase the availability of formal education. He began an alliance with McMaster University which would span years and varied areas of interest. Hugh served for 11 years on the McMaster Board of Governors and as an Alumni Association director from 1980 to 1994. He served on the McMaster Business Advisory Council and assisted with several building fundraising campaigns

The construction industry is proud to be associated with the name Adam Clark and our industry is better thanks to the contribution of A. Hugh Clark. His example and leadership provide a beacon on the ideals of good corporate citizenship.